The Road Safety Week started in Ukraine and will be held from May 6 to 12. It coincided with the 5th Global Road Safety Week in the world, which this year is devoted to the theme of leadership and runs under the slogan #SpeakUptoSaveLIVES.

Organizers and partners – the coordinator of the Road Safety Week in Ukraine, the National Coordinator of the WHO MoH Ukraine on Road Safety, Director of Kyiv Interregional Branch of the State Enterprise «Ukrainian Research Institute of Transport Medicine», Ministry of Health of Ukraine Yuriy Chorny, First Deputy Chief of the Department of Patrol Police of Ukraine Oleksii Biloshitsky, Head of UkrTransSec security Mikhailo Nonyak and Deputy Minister of Education and Science of Ukraine Pavlo Khobzey and State Secretary of the Ministry of Information Policy of Ukraine Artem Bidenko at a press conference in the IA «Ukrinform» told about the purpose and the main measures within the framework of the Week.

Participants of the press conference emphasized the unity of Ukraine with the international community in overcoming the global problem of injuries and mortality on the roads. Over the past year, as a result of an accident in the world 1 million 350 thousand people died. Unfortunately, there is also a disappointing Ukrainian statistics. According to the Department of the Patrol Police of Ukraine, only in January-April 2019, there were 47 thousand 445 accidents in Ukraine, of which 6 307 were injured, 822 people were killed, 7 804 have gotten injuries.

«As every year, the All-Ukrainian Road Safety Week aims to attract the attention of state bodies and the whole society to the issue of traumatism and mortality on Ukrainian roads and to find ways to solve it. The main mission of the Week is to see as much information and educational and preventive work as possible among drivers, pedestrians, children and young people in order to understand their need to adhere to the rules of the road and to introduce a culture of behavior on the road», – said during the opening of the press conference coordinator of the Week Road Traffic Safety in Ukraine, Director of the Kyiv Interregional Branch of the State Enterprise «Ukrainian Research Institute of Transport Medicine», Ministry of Health of Ukraine, National Coordinator of the WHO MoH Ukraine road safety Yuriy Chorny.

He also told about traditional events during the Week – a nationwide charity campaign for blood collection for the victims of traffic accidents «Give blood – save lives», the Unified national lesson in general education institutions «Road Safety Saves Lives», holding in all regions, together with the patrol police, prophylactic mass events devoted to the safety of children on the road, and in conjunction with the Ministry of Education – educational hours, quizzes, competitions, creative works, staging, role-playing and plot games, the creation of videos of social advertising, theatrical and amateur performances, contests drawing on asphalt and exhibitions of children’s drawings, flash mobs devoted to safety on the road.

In addition, according to him, within the framework of the Week there will already be a traditional national Transport Security Forum, and in all regions – meetings and round tables with the participation of owners of vehicles, road carriers, enterprises, establishments and organizations of motor transport, engaged in passenger transportation, regarding the fulfillment of the requirements of legislation in the field of transportation safety, training for the possession of practical skills for the provision of medical assistance to victims as a result of traffic accidents, the necessity of conducting trainings with drivers on the prevention of traffic accidents involving the bodies of the Ministry of Internal Affairs, the National Police of Ukraine, Ukrzaliznytsya (Railway Stations), Ministry of Health of Ukraine, healthcare facilities, Ukrtranssbyptica, Ukravtodor, public organizations, insurance companies, etc.

Also, according to Yuriy Chorny, for the first time this year, within the framework of the Road Safety Week in Ukraine, a large-scale social project «Safe Country», launched jointly by the International Charity Fund «Assistance to the victims of accidents», the Ministry of Education of Ukraine and the Ministry of Information Policy of Ukraine, will be launched in Ukraine. As part of this project, it is planned to hold an all-Ukrainian photo and video contest for children and young people aimed at preventing all types of violence and injuries in children’s collectives, including bullying, as well as mortality and disability due to road accidents.

Pavlo Khobzey, First Deputy Minister of Education and Science of Ukraine, expressed hope that this project will become a platform for creating unique social advertising in order to attract the attention of society to these acute problems and their solution. He thanked everyone for close and long-term cooperation in the area of working with children and young people, organized within the framework of the Road Safety Week and beyond.

State Secretary of the Ministry of Information Policy of Ukraine Artem Bidenko said about the importance of the informational and educational orientation of the Road Safety Week, as well as the idea of the «Safe Country» project. According to him, the Ministry of Information Policy always supports such kind of social campaigns, because they always appeal to consciousness and form the very motives of human behavior both on the road and in society as a whole. «It is important that today a pool of cooperation between state authorities and the public, which works together on road and machine problems, and citizens’ legal consciousness, is being formed», – he said.

Participants of the press conference stressed that road safety is not only the responsibility of the state and controlling bodies, but also of every citizen in particular. The idea behind the Global Road Safety Week 2019 is in leadership – it can be anyone who talks about problems and takes concrete steps to address them. In support of this idea, the participants called for engagement in the measures of the Road Safety Week and adhere to responsible behavior on the road. 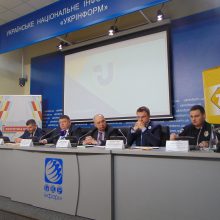 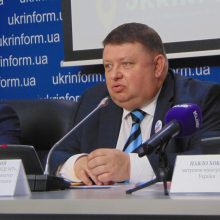 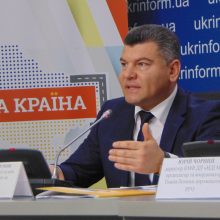 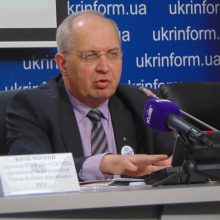 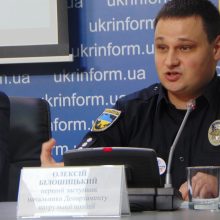 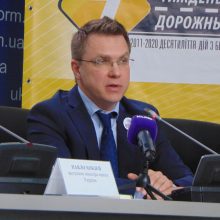 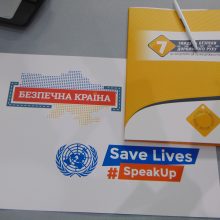