For transportation a child without a car seat one can receive fine!

On October 29, 2019, the Verkhovna Rada of Ukraine approved amendments to the Code of Administrative Offenses (hereinafter referred to as the Code of Administrative Offenses), which establishes responsibility for violations of the rules for the carriage of children (Bill №1150).  Such violations as defined in subparagraphs “b-g” of paragraph 21.11 of the Traffic Rules are:

Why is this important?

According to the National Police of Ukraine, in the first nine months of this year, there were 3.5 thousand accidents involving children, almost 3.4 thousand of them were injured, and 126 children were killed.  Quite often, these striking figures include the lightheadedness of parents who did not take care of the proper transportation of their children by means of special means of transportation.  In Ukraine, the practice of carriage of children still remains widespread, keeping them on their knees by an adult passenger.  Or worse, lining the pillow and strapping the child with a full strap.

In the event of an accident, at a collision of 30 km / h, a child weighing 7 kg starts to weigh 135 kg.  When the car stops abruptly, as a result of inertia and momentum, the baby becomes 4-5 times heavier, so it is impossible to hold her in her arms and she becomes a kernel, which flies out of the car.

On the other hand, if you attach a child less than 1.5 meters in height to a full strap, he or she may be injured by the strap itself.  Its upper part, which extends into the child along the neck, in the case of sharp braking, can cause irreparable injuries to the larynx and neck, and the lower – injuring the abdomen and internal organs, because the adult belt passes through the pelvic bones, but not the abdomen.

According to polls, most parents in Ukraine understand the need and importance of using car seats to carry their children, both in their own cars and when traveling in taxis.  However, these rules are not always followed.  The problem is that in the vast majority of taxi services there are simply no cars equipped with child seats, and this service either times increases the fare or is not profitable for the company itself.

In civilized countries such problems do not arise in principle.  In Germany, the use of child seats is 99%, the Czech Republic and Estonia – 96%, Poland – 93%.  And the responsibility of violators in case of non-compliance with safe transportation of children is several times more expensive.  Thus, in Germany, violators will be charged such a fine of 60 euros, in the Czech Republic – 78 euros, in Estonia – up to 400 euros, in Poland – 35 euros.

How to choose a car seat?

The use of child car seats guarantees the safety of the child.  According to the World Health Organization (WHO), properly installed child car seats reduce the likelihood of death of infants by approximately 70% and by 54-80% of children.

Today, there are many different types of locking devices on sale.  They are selected according to the child’s age, weight and height.  The most common classification is by weight:

Note that in most cases manufacturers are focused on the weight and height, not the age of the child.  This is because the dynamics of child development is very different.  And two children of the same age can have completely different measures of height and weight.  For a car seat to be comfortable and efficient, it is advisable to choose it only in specialized stores, “trying” on the child and making sure that it is comfortable and the seat belts securely secure the position.

What should I look for in terms of security?

What is the difference between a car seat and a booster?

A booster is an adapter that secures a child to a standard seat belt.  Most manufacturers combine a car seat with a booster, meaning there is an option to remove the backrest.  It is believed that the booster can be used when the child is 15 kg and a height of at least 120 cm.

However, pay attention!  The boost level of the booster is much lower: it does not provide the small passenger with adequate protection, only raises it so that a standard seat belt can be used.  Unlike the chair, the booster has no side impact protection.  Formally, this device exempts from fines, but in any emergency it is desirable that the baby is in the car seat.

The International Charitable Foundation has unambiguously supported the Government’s initiative to pass this bill.  Given the incredibly high rate of childhood injuries and road mortality, this rule will discipline parents and drivers to comply with child safety standards and create a sense of responsibility that we hope will save many lives.  And for the younger generation, it is an education from an early age to understand that road safety is normal and extremely important! 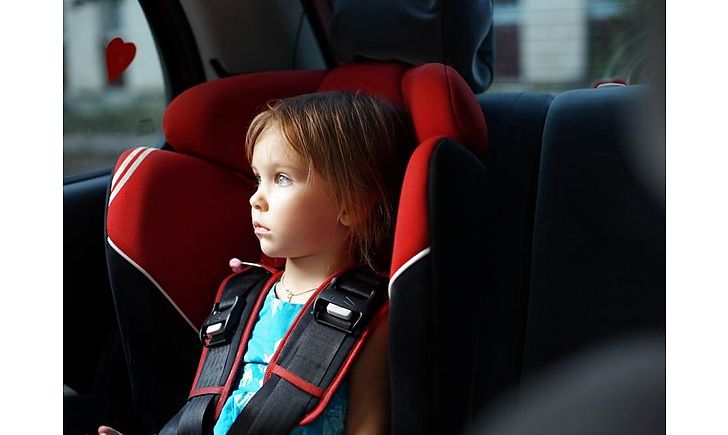